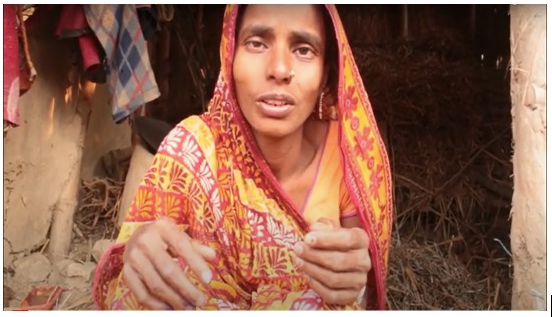 One true story that has made us consider what we are doing with our lives when we are not assisting others. I discovered a woman named “Sunita Devi” who is an Indian citizen. India is one of the developing countries where people are experiencing hunger issues. There are many people who do not have access to enough water or food. Sunita Devi has stated that she is not in good enough health to accomplish various tasks. She went to fetch water from a considerable distance one day because they didn’t have any in their immediate vicinity. She felt unconscious and there when she returned home due to her health.

Her condition has revealed that she requires proper nourishment and bedrest due to malnutrition and famine state. But she doesn’t have any other choice but to work to make money. She lacks even the most basic necessities like food, drink, and medicine. When I inquired about her doctor’s visit, she stated that she did not have enough money to see any doctor. Her husband took a large sum of money for her treatment, but it was insufficient to provide her with complete care.

She is putting in a lot of effort instead of focusing on her health, which is deteriorating day by day. Because she lives in such a run-down house with no basic hygienic conditions, the condition of her home has revealed the cause of her illness. Her family, including her children, consumes filthy water, while those who live in better circumstances waste the same water for no apparent reason. She does not have a good place to live, and one of the most visible signs of her poverty is her living in a mud hut. They do not have access to toilet facilities, which results in a large number of flies landing on their meals.

When she obtains any work, she barely gets 100 or 200 rupees after working for the entire day. She did, however, add that they rarely receive work that is more difficult for them.

It is our responsibility to determine what impact we can make in a world that is experiencing particular difficulties owing to poverty. We used to pity human beings in the world when we had a few troubles, but we have to say something about people like Sunita Devi. She is a human being, just like us, who does not have access to basic necessities such as water and food. They put forth a lot of effort only to get water from a long distance, regardless of their health or the conditions. Such stories should give us goosebumps since we don’t take them seriously enough in our daily lives.

Let’s join out a hand and do some wonders for such poor people so that they can also live like normal human beings, just like us.

We have a lot of extras.

Start sharing today, consider it your duty along with Breeze of Joy.